With a dream of building a better India, India's prime minister Mr Narendra Modi has announced a new financial inclusion scheme called Pradhan Mantri Jan-Dhan Yojana (PMJDY) at the Red Fort on August 15, 2014 under which every family living in India must have a bank account.

It is a national mission to provide an easy access to financial services like banking, bank accounts, remittance, loans and credits, insurance, pension, etc. to poor and needy people of India in an affordable manner at national level. The key idea behind this scheme is to end the financial untouchability in India, with the opening of appox.1.5 crore bank accounts of 7.5 crore families in one year across India.

The scheme is particularly designed for those who have failed to get the benefits of various financial schemes being offered by the government of India.

According to official records, total 24.1 crore bank accounts have been opened till August 31, 2016 with an accumulated balance of Rs 42,094.24 crore.

About 19 crore of these accounts have been issued Rupay cards. More than 50% of total Jan Dhan accounts have the Aadhaar Card of the account holder linked to them making them eligible for all wage payments to NREGA workers through Direct Benefit Transfer and for direct subsidy payments of LPG.

What are the Impacts of Pradhan Mantri Jan-Dhan Yojana?

It is to be noted that a minor of above the age of 10 years can open his/ her savings bank account under PMJDY in any bank. People can avail nomination facility at the time of account opening. 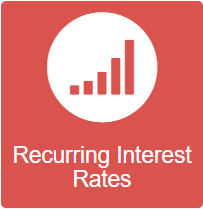